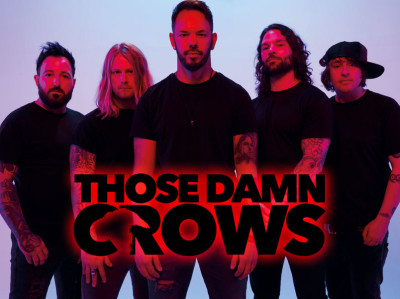 ** Unfortunately due to COVID-19 this show will no longer be taking place on Thursday 12th November 2020. The promotor it waiting on a new date which we will let you know asap **

Monster Fringe returns for its second year with a slight addition with one of the most popular bands ever to appear at Monsterferst returning to headline. Those Damn Crows are a hard-hitting five piece rock band from Bridgend, South Wales. Performing all around the uk and playing at festivals such as Download Festival, Ramblin Man, Steelhouse, HRH, Giants Of Rock, Planet Rockstock, to name a few. The Crows first hit the scene when their single ‘Fear The Broken’ premiered through Kerrang.com, and have recently signed a worldwide record deal with Earache Records. Their mission is simple…to write great songs, play as many shows as possible and become another successful Welsh export…..Those Damn Crows.

Joining them on the bill will be two local acts from the Monster Hunt initiative running throughout the year.